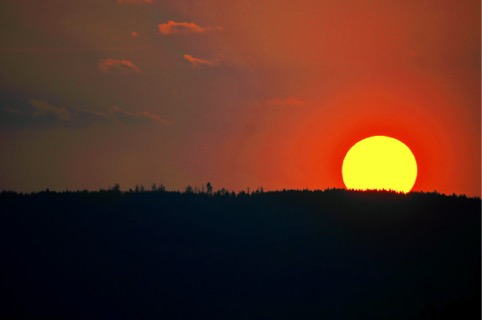 The lifespan of wolves made it difficult for Luna. No sooner would she grow attached to one than nature would take it from her. She never really settled with the pack.

I did my best for my daughter, acted as I thought a father should, but my turning presented problems. I would never have hurt her, I knew that now, but she couldn’t bear to see my pain. For her part, Luna never became a wolf. Even when she came of age, she did not make the change. It drove her away and almost destroyed me.

When the last of the pack did not return, trapped and killed by man, I set out to find my daughter. There was nothing left for me in the wilderness, only memories.

Pretending to be normal was the hardest part. I ingratiated myself into every bar in every town, but nobody knew of the girl with the golden hair. Until one long summer, that was.

I left the frontier behind and headed for the ocean. I had a hunch, but nothing definite. Mankind faded away to memory as the wild encompassed all. There in nature’s untrampled perfection, I allowed the wolf to remain for speed and endurance. The miles hurtled by. That was my undoing.

The shot came from nowhere; the bullet struck true. The man that was king fell as the sun did set, and life ebbed away in crimson rivulets. My hunter approached with caution, golden hair billowing in the north wind. It was Luna, of course, she’d tracked me all along until sure we were alone.

She said she did it for her momma, and for me. We belonged together in heaven, not apart in hell. Luna held me tight, wouldn’t leave me alone, her hair burning beneath the sunset. She was so beautiful, so alive, so wolf.

My final breath was as a man. My final sight that of a majestic, golden wolf running off into a fiery future. It might have been Luna, or it might have a god, either way, she couldn’t have looked more alive.