When I first took, what was for me, the bold step of putting my work on a writing site, I was terrified of what people would say. I loved writing, but expected everyone else to hate my every word (no exaggeration). I was then extrodinarily fortunate to meet two wonderful ladies, who helped me get through this, Jasmine, or J.C.S to everyine else, and if she’s reading this, Debbie.

Where I had no confidence, Jasmine exuded it. Where I doubted myself, she did not. I can honestly say that if not for her prompting and encouraging words, I might never have become a published author. That was four years ago now, and mine and Jasmine’s friendship is stronger then ever. It is a constant source of amazement that no matter how much I antogonise her, (which I can do becuase she can’t reach to strangle me from the other side of the Atlantic) that she remains my pal. Jasmine has now self-published several books, all variances of the Science Fiction Genre, and has become an accomplished graphic novelist and clothes designer, too. She really is multi-talented. It is to my personal delight that I can now help her as she has so often helped me.

Without further ado, it is my great pleasure to present to you my good friend J.C.S. Here is an extract from her latest work, Bleeding Stars and Paper Hearts: Romance of the Synthies. Also, some of her wonderful artwork.

There stood a tree, new, young, fresh. The leaves were newly bloomed. There lay grass, the sun cresting over a hill in the distance.
Adrianna came from behind the tree, rubbing her belly. Then a foot pressed out, it’s imprint making the both of us grin.
“This is all I ever wanted,” I said softly, now nestling my nose in her curls.
“Just the three of us?” she said.
Then she stepped back, tears spilling helplessly from that pretty little face. Like a sick magic trick, she turned to ash and covered my feet. The sky then darkened, as rolling clouds hid the sun.
And the tree that bore leaves greener than my eyes was now barren, and wicked in a way.
My eyes opened. My vision was blurred. I could hear the whizzing of machinery, and the beeping of a heart monitor. I felt a sting from my neck to my shoulders and realized the situation of my conformity.
I shot up, the sting now pressing down my back. My vision remained blurred, but I could make out the silhouette walking to me.
“Brandon,” I heard Thomas say, “we didn’t think you’d wake up so soon.”
“Where’s Adrianna?” I said, gasping for air.
Struggling to think.
Silence.
“Where is she?” I moaned.
Silence.
“Thomas!!!” I roared, clearly losing my mind.
“I don’t know!” he offended back.
I tried rubbing my eyes to clear the haze I was viewing. When I decided to stand, I felt that of an infant learning to walk. I stumbled, knocking over equipment and chairs. My vision cleared enough that I could see Thomas barring the door, but his strength was no match for mine even in my weak state.
I shoved him aside and swung the door open as my feet came into contact with cold, wet pavement. Being that I still couldn’t see, the rumbling sound of hovering cars, and their horns jolted my sight a little clearer. I was now backed into the wall by the door I exited, my heart beating at an abnormal pace.
Thomas came out of the door, holding his arm and glaring. When he saw my belittled expression, he then grinned and laughed a little.
“This is the supposed Dump,” he said, gesturing about.
“Where is Adrianna?” I asked again.
“Get dressed, and I’ll show you.”
After fixing my belt, and ripping a hole in my shirt to fit my wings, I proceeded to follow Thomas down the hall and into an empty room. A large screen played uniform images of Adrianna, as if she were facing a camera. Some of the video playback ran in fast forward, as other moments you could see the angst in her face.
Thomas sat down, typed in a few words onto a keyboard, and motioned I sit as well.
Then he sighed, before pressing the space bar.
“You won’t like what you hear…” he said, giving me a strained look.
“I don’t like a lot of things.”
“I warned you…”
Adrianna smiled, her eyes looking down. The camera seemed to be vibrating, as an obvious explosion could be heard.
I panicked. Until she spoke.
“I’m pregnant,” she said softly, “and it’s been nearly three months since I’ve seen Brandon…”
As if I myself walked into a sound proof tunnel did swirl my efforts not to become angry. I immediately rose to exit, when Thomas caught me by the shoulder.
“She left that house, Brandon,” Thomas whispered, “I don’t think anger is going to get you anywhere…”
Matted down angst rolled out of my sigh as I turned the knob on the door. There stood a studious looking male Synthie in a white lab coat. He seemed hesitant to speak, so I walked past without a word as well.
“We need to run a few diagnostics on you…” he mentioned, rushing to keep up.
“Did I excrete any liquids during my three month hibernation?” I asked.
He blinked, flipping through the pages of his clip board.
“We almost couldn’t keep up with the waste bag attached to your bed…”
“Analyze that,” I said, still walking.
Where was I going?
“Did we find the Baron?” I demanded to Thomas.
The doctor and Thomas exchanged uneasy glances before Thomas decided to answer. 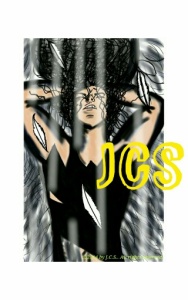 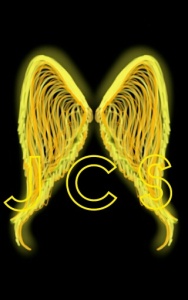 Here is the little lady. 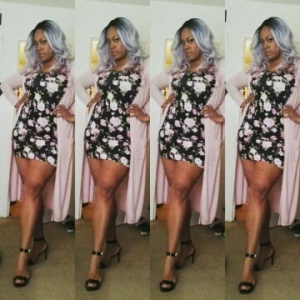 I think these are some of her army of clones for when she takes over the world.
Below is the link to her website. Please do check it out.
Website
Thank you all for reading
Richard
PS For those who worry about spelling and such. When I proofread my part of this post, the only word I’d spelled wrong was my name. LOL
Unless Ruchard is my name?