She sashayed along the sidewalk with that uncommon grace only the sexually comfortable manifested. Judged perfect in form and feature, she effected all those who stared on open-mouthed and panting. In passing a homeless soul all her pockets contained, her true beauty required no such judgement. Neither ever should have.

Author’s Note: I think we are all too quick to judge these days.

 
The girl watched me through the bluest eyes I'd ever seen. Her golden hair blew in the wind, the rain tumbling from her turquoise jacket. With only concern, she passed me her Pooh Bear and smiled. Only then did I realise the world was still a good place to remain.

Author’s Note: Because you asked for more.

It was many years later when I next saw the flower girl. Age had taken its toll on me, the lines of a hard life marking my face like the rings of a felled tree. I’d happened upon a small wood in the full cerulean blush of a bluebell birthing, she was there.

Clara, my granddaughter, leapt from our car and raced into the trees before I could prevent it, me rushing after her. I called and bellowed, screamed and shouted until fearing for the child’s safety and my own sanity. However, I needn’t have worried.

I recognised her that instant though she hadn’t changed a day. Clara rested in the arms of a girl no older than herself, protected by her cradling twin. The flower girl swayed as though in a meadow breeze; there was no wind, the wood stagnant. I coaxed Clara away from the pretty child who remained unmoved, then thanked her profusely.

I made no mention of knowing her previously, asked not of her mother nor her family. Only then did she speak and only once. Her voice was like a spring morning, a soothing balm.

I gave her the bottle that remained untouched from Clara’s ladybird backpack. The flower girl took it, smiled the kindest smile I’d ever seen and poured it over her long, golden hair. Like the sun rising on a summer’s day, the flower girl stood replenished.

Clara wept as we left the child to her little glade in the woods. I’d have asked her to come, to make our home hers, but unlike Clara, I’d seen she’d taken root, her feet a foot beneath the soil.

And that is how I would remember the flower girl, as one with nature. As one day, we all must be.

She found me gasping in the space between caught breaths.
“Are you well?”
I tried, how I tried, but the words wouldn’t come out.
“Can I help you?”
I wanted to say yes, to beg for her aid.
“Well, you are an odd one,” she said, taking my hand and sitting down. “I’ll stay with you whilst you feel better.”
I nodded, my eyes saying thank you where my words couldn’t.
“That’s better,” she said, “you’re settling now.”
But I wasn’t and every minute she sat there, I grew worse. I hoped if I died, she’d stay with me forever.

Note: I’ve just posted this over at MyTrendingStories.com, and thought I’d show it here too. I hope you like it.

I think at this time where tolerance is in short shrift, this true story should see the light of day. We should always venture to look beyond the end of our own noses to the truth that is always there just harder to see.

The boy with no name condemned himself to the accumulated barbs of youth. It wasn’t his voice, as we never heard it, nor his appearance, nor even his outdated bike, an insipid viridian color that singled him out, but his helmet. What boy wore a yellow skateboard helmet, whilst riding around on a bike.

He took the doled out abuse in good spirit. One would think he’d not even heard most of it, so nonchalant did he ride on by. A little too nonchalant for the liking of my more loudmouthed friends; they saw it as a personal affront.

When a group of boys get together, there are inevitable consequences to the ones who remain outside the circle. Helmet-boy was the undisputed king of the outcasts. He would ride on by in blissful ignorance of the tongue-lashing the other children gave him which I’m ashamed to say include myself, although less. I think there were others who would have left him to his own devices, but like me, dared not.

Helmet-boy did not play sport. When one lives in a small community with nothing but a half-descent sports field for amusement it’s unacceptable to not use it. Despite hosting such a wide variety of sports that everyone could find something to participate in, Helmet-boy did not. I wouldn’t say he hated the place, I couldn’t say that, but his little legs did peddle harder whenever he reached the field’s graveled entrance. We would watch him approach through the threadbare hedgerow in languid brushes of his peddles, only to accelerate across the twenty-foot gap as though his life depended upon it. Was that his reaction to being odd? Did he at last realize the ire he caused in the rest of us? Who could say?

Helmet-boy’s family moved away from the outskirts of our village before the rest of us even noticed. When, how, and with what, they moved was a mystery that added to their queerness. We weren’t even given one last opportunity to set him straight. Like a ghost, Helmet-boy peddled away for good.

It was some time later, perhaps months, that I grumbled to my mum about Helmet-boy. She’d never liked the way his yellow-helmeted head would race across the front of our bay window. I bemoaned his absence as I might have a familiar weed. One gets used to such things being there even if their purpose is to annoy.

“Who you talkin’ about?” asked my brother. My brother was another of the children the others avoided; he never quite fit in. He had the uncanny knack of starting every conversation with a question without ever really being bothered about receiving an answer.

“Or what!” I’d huffed in true big brother fashion.

“He could die. Mark fractured his skull. If he does it again, it could kill him. His mum makes him wear it because he’s always on his bike. That’s how it happened, he got knocked down.”

And just like that the boy with no name had gained not only a title, but reason and purpose.

I always readied myself to shout to Mark from that day on, raise my palm, flash a smile, but regret never seeing him ride by again.

Thank you for reading

Wake and know this friend, so much still to do
Before you can head off admiring the view

She spat out the words

As if I’d not heard

No doormat was I

Whilst she on her knees

Why are folk so crazy

What mad worlds are these

I just walked away

Got no help that day

It all made me feel

When someone needs help

Why must they conceal 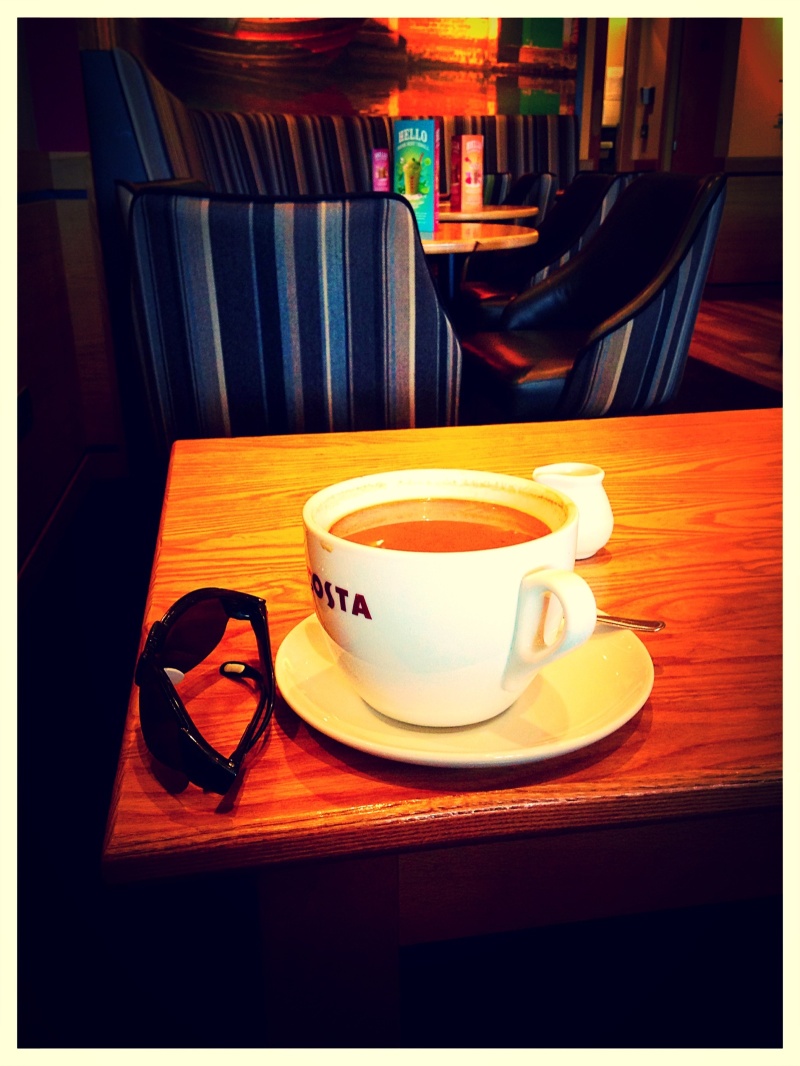 It was just a cup of coffee
Bought for a girl who looked so sad,
Placed on the table before her
With milk and pouring cream,
As she stared out of the window.
She smiled when I said, ‘for you’
I don’t think she’d ever done so before.
She didn’t seem to know what to do,
But her eyes looked a little less teary, at least.
I didn’t ask her name;
I didn’t sit by her,
Only smiled back, as I passed her a sugar.
I think she appreciated it,
I hope she did.
Because I’m going to look for her tomorrow,
And the day after,
And the day after that,
And forever…

My life is a veneer
A coating of the highest quality.
It disguises the real me
Sheltering quietly beneath.
Just one thin layer of normality
Before the rubble below.
Insecurity is a terrible burden
When it’s the last thing
Anybody expects there to be.
But when I can be free,
When I write or run,
The veneer falls away, comes unglued,
And I can express myself
Without eyes boring into my mind.
At least I have that outlet,
And for that I am grateful.
Not everybody has,
And they are only one thin layer
Away from collapsing!
Never judge; never belittle;
Always smile; always try to understand.
The veneer is only skin deep and
A heart beats beneath it.