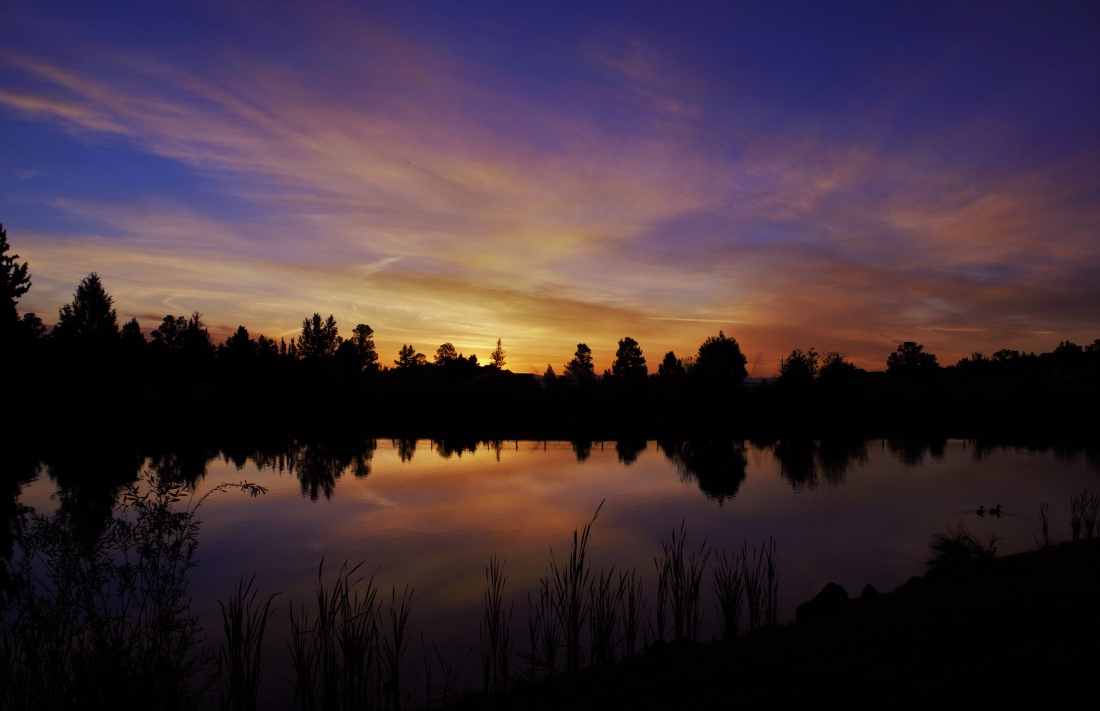 We waddled to the lakeside like two overstuffed penguins, laughing and joking, discussing the past. There we watched the sunset, a tangerine moment that made us cry. We looked at each other like once lovers, then jumped, or, rather, plunged. Our concrete filled boots did their job. It was bliss.

The cliffs, sheer to the point of vertiginous madness, met the waves in a crescendo of nature at its most powerful. Like a boxer on the ropes, the granite took a pummelling. How many years the liquid versus solid war had waged, who knew? She wondered how bones would fair?

Less an explosion of twinkling lights, more an amendment to the general beauty of the night, she slipped from heaven in rainbow waves.

I shielded my eyes, who wouldn’t have, but never closed them. No, not once did I tear my eyes from her, so magical was she. A bioluminescent marvel, I thought myself slipped beneath the waves, madness to have taken me. But I hadn’t. And I wouldn’t. And I couldn’t. Not now.

She settled upon the breakers riding them like a surfer, balanced to perfection and able to move in any direction she wished. She slid from there to here, then here to there, then somewhere in between, until she rested before me; the waves never once touched her skirts. And despite her ethereal magnificence, her otherworldly charms, it was the humanity in her eyes that held me. She loved without reason of doubt, nor hoped for alternatives.

She reached out as my legs gave way, my arms extending upwards like a weed towards the sun. Filigree fingers took my own in hers and eased me from the surf like a knife from the kill. She pulled me free of my misfortune and held me aloft, then with the gentle kindnesses of a mother carried me atop the cliffs.

Her smile was kaleidoscopic sincerity, her azure eyes a shot to the heart. I watched as she lifted away like an airborne coral until the grey clouds took her and the night swallowed her whole.

What could I do with my angel gone? The most blessed moment of my sad life had passed and all else would be downhill. Of course, I did the only thing I could. I jumped again.

She stood in a puddle in the centre of the bridge, her umbrella blown inside out. Perhaps the most beautiful creature I’d ever seen, she was also the most bedraggled. Other people stomped on by spraying water in all directions, some workers, some spenders, some lovers, some freaks and not one offered her help.
The girl, forlorn to the point of devastated, brushed aside auburn locks that swept straight back into her alabaster face and wept. Like a naiad, she looked to haunt the puddle she stood in unable to move away, unwilling to leave, too sad to even raise her head. Somehow, it seemed more than a bad day, worse than the weather, an accumulation of that thing we call life and she just couldn’t take anymore.
I had to do something. Pivotal moments are few and far between in life, always important, and I feared if she went unaided the girl might never recover.
This was my time. So, I concentrated with all my might just as the others had taught me and tapped her on her jacketed shoulder. It wasn’t much, but it was enough.
She snapped from her trance like a fish before a shark, looked right through me, screamed and ran.
It made me glad to scare her so, to make her realise there were worse things in life. That jumping wasn’t the answer.
I wished someone had done that for me.

Piece By Piece (For All Those Who Struggle)

I hang over the barrier staring at the white-tipped water so far below. Whether capped in froth or an army of gulls who flex their wings upon it, the muddied waters rage towards the sea. The whole experience gives me vertigo; I don’t like heights, never have. Ordinarily, I wouldn’t even approach the flimsy, caged divide between an obliterating fall and the bridge I stand on, but today is not one of those days.

My stomach has dropped away to be replaced by a granite rock. The thing churns because it knows what I contemplate — jump says the voice, jump — and I might. As The updrafts chill my face and a car speeds from left to right leaving another knot twisting in my gut, I want to do it. I so want to do it. Just to see how it feels. Just to see if I would ever feel it again.

Not today, I tell myself. A glance each way and I realise I have a half-mile walk towards one shore or the other — that’s an awful lot of time to think. I don’t risk walking, I run. But no matter how fast I do so, and no matter how far I leave the bridge and the river behind, I know I’ll never outrun myself.

For all of you who struggle, know this: you don’t struggle alone. 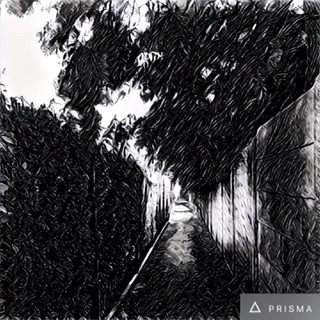 I dream in shades from white to black, colourless, sharp. I forget when God took my bright mornings and cerulean skies, my vanilla and saffron dreams. Was it punishment to see this world in stark contrasts, or a blessing? I ask myself daily as the oil flows from these wrists.

How fast fell the raindrop was all I thought. It tumbled through space with hordes of its kin reflecting the world ad infinitum. Glittering diamond it sped toward earth, a deluge in pieces. It fell swiftly; I fell swifter. It hit the rocks as a burst of potential. I didn’t.

I jumped into a sea of sweeping surf; grey and misting, not liquid blue. A million tears later, I was through and the world awaited.

I’d grown so sick of life that the patchwork Earth below made me smile with relief. Did the others realise parachutes were optional?

A fistful of bullets and a bottle of booze. That’s how it started. A dare between me and the mirror. Rihanna was singing Russian Roulette through the headphones with a clarity that made me think: did she; should I?
The sun had long since sunk into a tar pit horizon, the fire burnt itself out. I’d eaten the last of the chicken and all that was left was half a bottle of milk and a teabag. Great! And so I sat there looking at the tabletop rocking backwards and forwards on the chair legs; she hated me doing that, but she wasn’t there anymore. I hummed to the song, tapped my fingers on the chair’s wooden frame and listened. That’s when the music stopped and my time ran out. It was me and those bullets and booze.
If only I owned a gun!