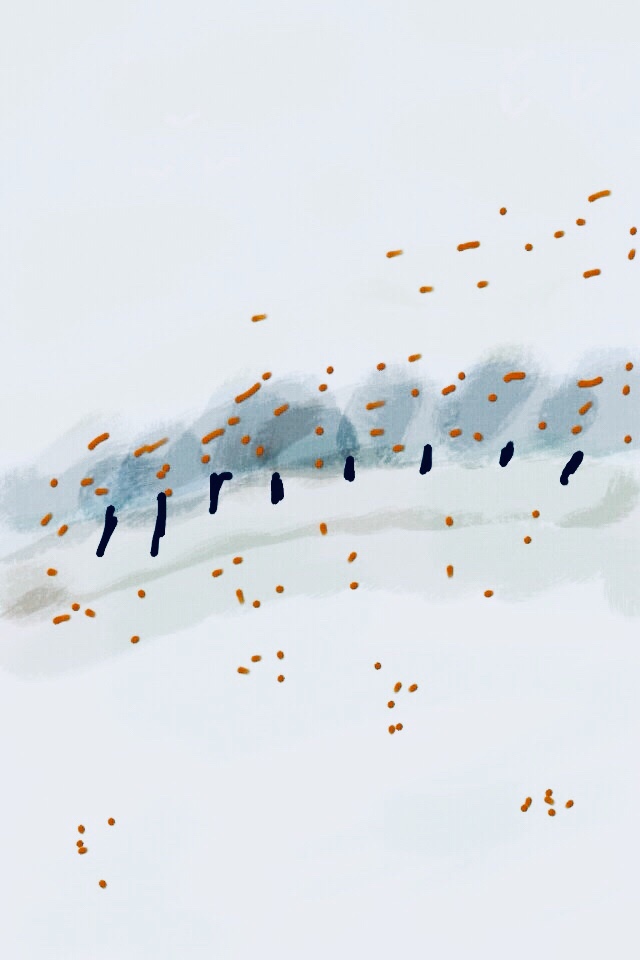 They attacked with banging guns and booming rockets, an unnecessary commotion, striking as though we were leaves on an autumn tree awaiting winter winds. Perhaps we were in our russet way?

Fall, some called it, the time when one generation made room for the next. Whether or not the giant oak wished it, all it had nurtured, its beloved children, were expunged.

We fell tumbling to the ground in swamped screams. They heard us though. Everyone heard us. And like the tree that bore us, our country, we’d be reborn. For leaves die in silence but their rustling echoes forever. 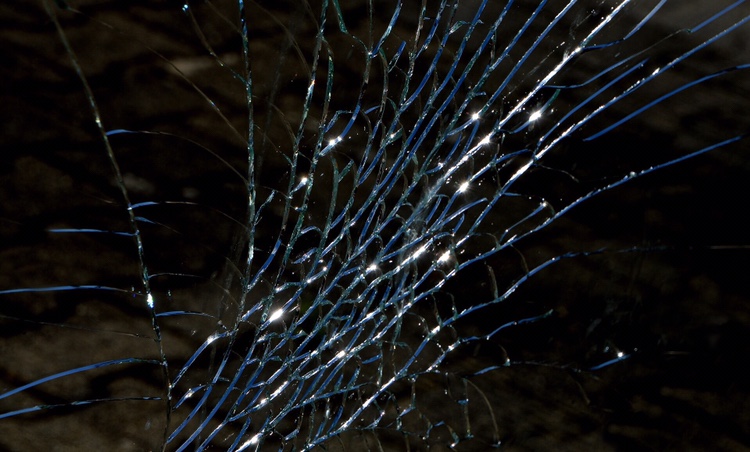  
We broke the night to reach a new dawn. That's what my father said, anyway. I'd rather we'd waited those extra few hours for nature to do its thing. It seemed like common sense. Unfortunately, we'd broken that, too.

We lived beneath the piled trash skyscrapers. Antlike, generations of our families had carved their own spaces into the towering structures, into every nook and cranny, every subterranean hole; we dared not build above the waste. Eking out a living, we lived like the rats we’d replaced scurrying around without real purpose just trying to survive. Some said, what a waste of a world. I said, what a world we’d wasted.

"My vision came one stormy night during a particularly lucid dream. I woke, threw on some clothes, then raced down the street shouting eureka. Unfortunately, I'd thrown on my ex-girlfriend's clothes. There was much laughter, and I soon forgot my revelation."
"Ah, so that's why you sleep in a suit."

She was a dream within a dream within a dream, a perfect moment tied up in a red silk bow. Her cinnamon skin captured the sunset and promised the stars, her lips the pouting tide, her eyes eternity. She was the closest thing to heaven I’d ever seen or ever wanted. Caramel, I called her, so sweet as to tantalise, so delectable, so smooth. She melted in my hands like chocolate by the fire, but when we married she turned into fudge. Hey-ho! 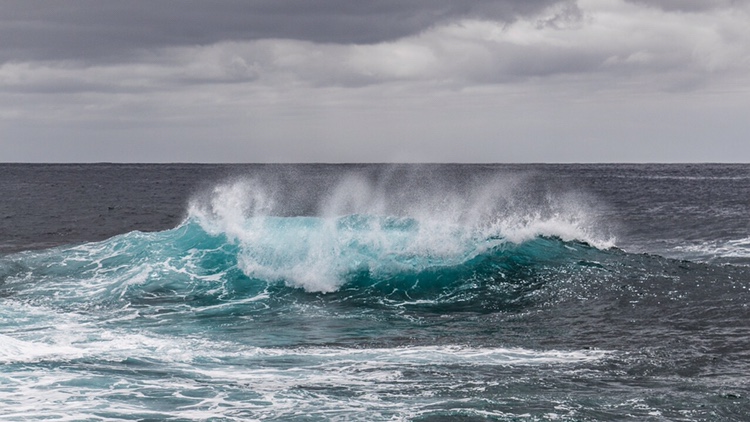 A cool wind blew off the ocean; it tasted of yesterdays.

Being by the churning Atlantic brought back memories of the past and the weeks I spent at the seaside with family. They were happy times, I think. There was a certain innocence to watching the waves crash against the shore without wondering where they came from or where they’d go.

I started worrying about such things much later in life. There was a name for it, an abbreviation, but I could never recall it; I’d forgotten so much.

But as I took my last laboured breaths those memories returned with a clarity bordering on cutting. Like a crisp winter’s day, they entered my throat, coursed through my veins like ice, froze away the pain.

A cool wind blew off the ocean; it tasted of today. Until I dipped beneath the waves, anyway.

It was the most peculiar name I'd heard, yet belonged to the most remarkable man. He made minced meat of enemies, fools of foes, and no one ever outsmarted him.
"So why, Z," I asked one evening.
"It's spelt with a silent 'E'," he said as if it explained everything. 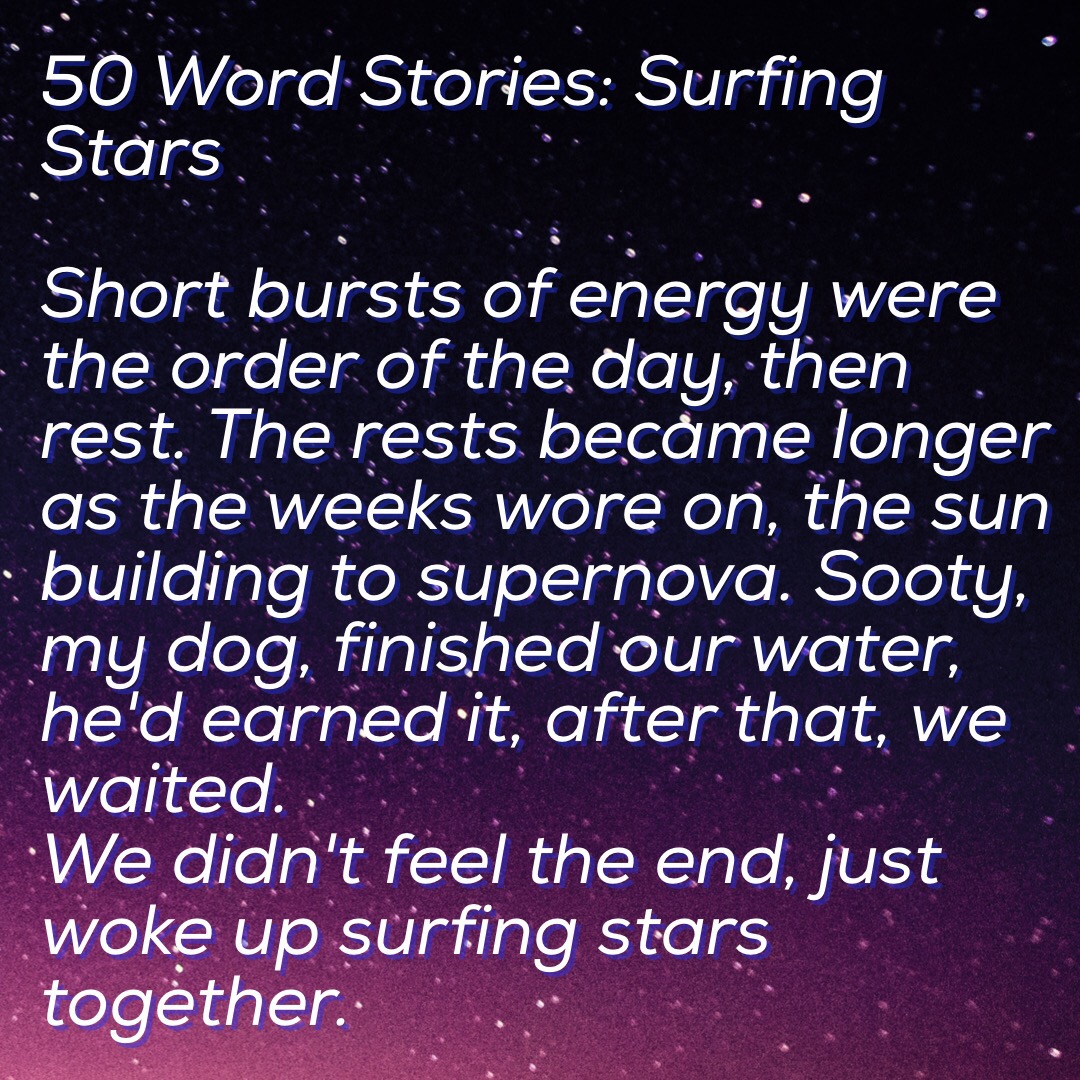 I collated the data, crunched the numbers, extrapolated every last minutiae, distilled it all down to one cold hard truth: I loved her. So why didn’t I feel it in my heart? Why didn’t I get that chill one should? Question after endless question. I licked the blood from my lips and shrugged as her soul tickled my tongue. I’d try again tomorrow. There was always tomorrow. Perhaps I’d feel differently with the next.

The moon stopped. Simple as that. For no apparent reason, la Luna rose one night and never fell back to earth. The bats liked it, wolves and owls, too, but your average Joe didn’t. Now, I never sleep just stare at the stars. Maybe it’s not so bad after all.